Building For The Future

Every where you look these days it seems that there are tall construction cranes building for the future. This seems to be true at our airports as well.

If your airport is building for the future, AV-Stak Systems would like to help.

Several members of the Av-Stak team participated in
The 2010 AOPA EXPO in Tampa, Florida 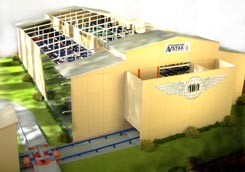 When built with Concrete tilt up walls our hangar can survive a category 5 hurricane and can help to prevent the costly loss of aircraft normally associated with these storms near the seashore.. 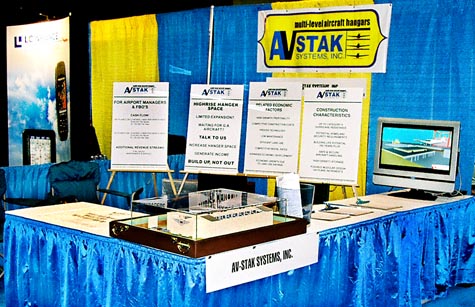 Help save valuable space on your airport By Building Up & Not Out with T-Hangars.

Our multi-story hangars have many features, which make them unique and highly desirable. Based upon the number of planes stored, the number of stories provided and the ultimate design shape and size they can save a substantial amount of land over conventional single story, T- Hangars thereby providing new opportunities for new airport economic development.

These efficient hangars can be designed to meet up to Category Five hurricane standards, can be built above the flood plane, would be equipped with a fire suppression system, be fully monitored by cameras and other electronic security, be constructed of non-combustible construction materials and provide ready airplane retrieval in a matter of minutes. They are provided, when requested, with an emergency generator and a U.P.S. systems to keep them on line during power failures.

The storage of airplanes in one of our multi-story hangars helps to eliminate hangar rash, protects airplane paint finishes, isolates the planes from unwarranted contact by unauthorized individuals, keeps the planes out of normal sun, wind and rain, hail, etc.

Another impressive consideration, that is a direct result of our multi-story hangars, is the ability of placing more airplanes on an airport. If an airport has two hundred (200) planes and is fully built out; our hangars can allow the increase of many times as many planes on a smaller footprint of land. By increasing the density of planes on the airport, the FBO will realize a proportionate increase in hangar rental income, fuel sales and general aviation services rendered to airplane owners. This alone will significantly increase the economic vitality of the airport & surrounding community.

Four members of the Av-Stak team were at
The 34th Annual Sun 'n Fun Fly-in in Lakeland Florida.

This was our third year at this event. Each year it has become more aparent that there are more airports that have run out of space. We can help you to "Building Up and not Out" and make better use of that precious space. We can show you how to put more than 360 aircraft on just three acres. 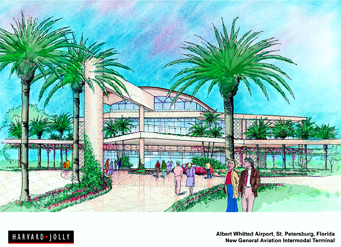 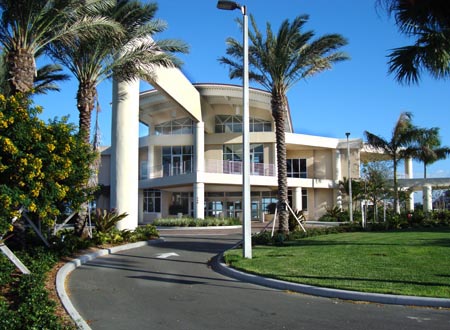 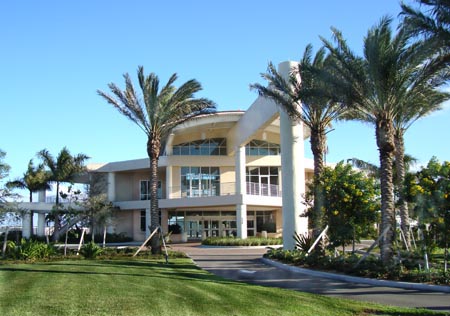 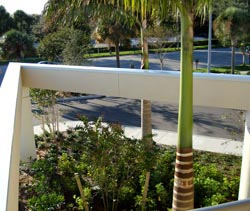 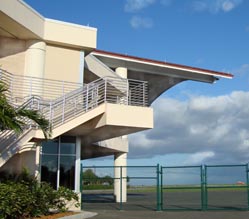 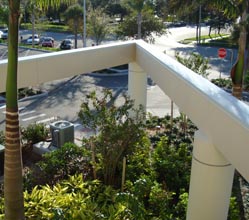 Three members of the Av-Stak team participated in
The 2007 AOPA EXPO in Hartford, Connecticut 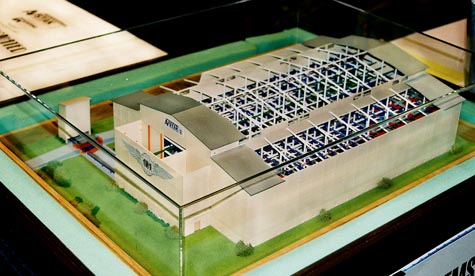 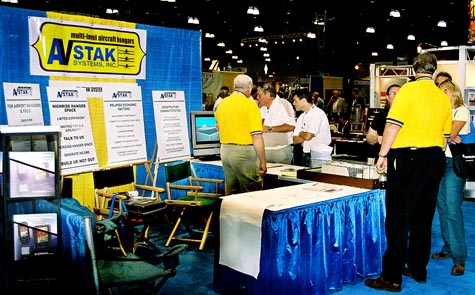 Thanks to all our good friends that stopped by our booth to learn more about our revolutionary new Multi Story Hangar Design. We heard from many of you that our hangar was one of the more exciting new products at the show. We hope to hear from you again soon, and remember if your airport is running out of room - "Av-Stak Builds Up Not Out"

Av-Stak Systems was at AOPA EXPO for our second year and we are already making plans for our booth at next years AOPA EXPO in Hartford, Connecticut. Thanks to all those who we were able to meet at this years event and we look forward to meeting with you once again next October to bring you up to date on our Multi-Story Hangar Systems.

Note: Two of our team members, Steven D. Lange, and William D. Slicker became new AOPA members at this year's Expo. After meeting Eric Linbergh during his "AOPA Project Pilot Presentation", Will Slicker has also made a commitment to become a pilot Will has chosen Don Morris the third member of the AV-Stak team that attended AOPA EXPO as his "Project pilot Mentor". Don has been an AOPA member for over forty years and is both a Commercial Pilot and Flight Instructor.

AV-Stak Was Invited to speak to the Palo Alto
Airport Association in California on September 12, 2006

Don also introduced the Association to our multi story, fully automated aircraft hangar and how it could help play a major roll in the airports long term future.

If you would like AV-Stak to visit your airport, Contact us, and we can show you how to store your aircraft on less land.We can also help you to protect your aircraft from the devastating effects of a major hurricane or other severe weather event.

On May 9, 2006 members of the Av-Stak team traveled to our Nations Capital in Washington D.C. to brief the FAA (Federal Aviation Administration) about our Av-Stak Systems Multi Level Aircraft Hangars. 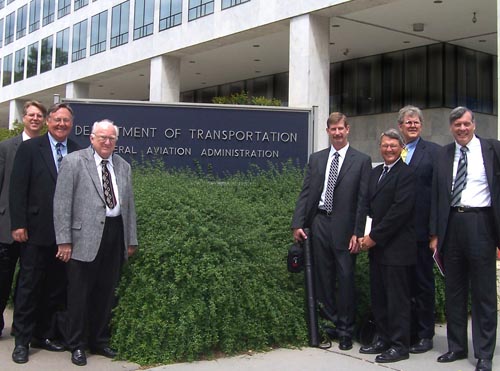 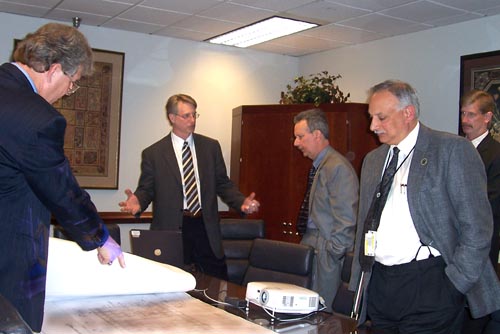 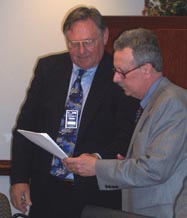 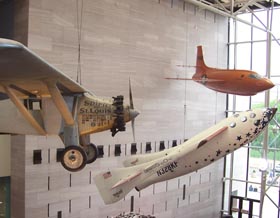 Don Morris and Barry Moler (above left) discussing some of the financial aspects of Aviations First Multi Level, Fully Automated, Aircraft Hangar which can be built up to category five hurricane standards.

It seems only fitting that many of our nations Aviation Firsts are housed in the National Air & Space Museum only a short distance from our meeting with the FAA (Pictured at right above).

Av-Stak President Dr. Eric Albert Whitted, who is the nephew of Albert Whitted for whom our airport is named, broke ground today along with other city officials for a new General Aviation Intermodal Airport Terminal.

At the Sun'n Fun Fly-in Av-Stak introduced our New Multi Level Hangar Concept to literally thousands of Aviation Enthusiasts who had never seen it before.

We met with Pilots, FBO's, Airport Managers, Representatives from the FAA, and others who had the opportunity to get our Literature and look at our Hangar Design Drawings & Video.

Thanks to all who came by our booth and we hope you will consider helping us to spread the word about this revolutionary new way to safely and efficiently store airplanes.

In mid March 2006 members of the Av-Stak team traveled to our State Capital in Tallahassee, Florida to meet with state lawmakers to brief them about our Av-Stak Systems Multi-level Hangars.

Upon our arrival we were received by State Representative Leslie Watters and members of the Florida Department of Transportation headed up by Mr.Bill Ashbaker, head of FDOT, along with State Representative Frank Farkas, Administrator for Senator Jim Sebesta, the Director of the Florida Airports Council, Mr. Bill Johnson, and Mr. Marion Hart, Deputy Director of Transportation.

It was a very positive meeting and we came away with many encouraging ideas including how our hangar may be of help in solving the insurance crisis brought about by last year's hurricane season. 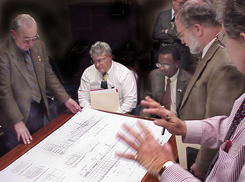 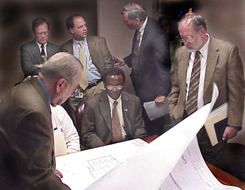 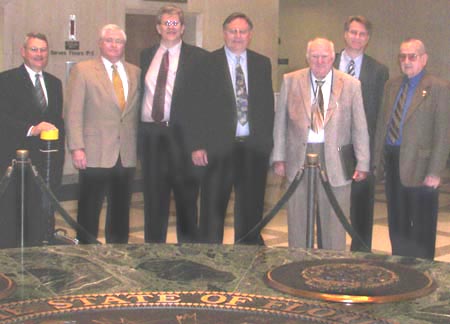 On January 13, 2006 members of Av-Stak Systems, Inc. met with St. Petersburg Mayor Rick Baker along with David Metz from the Economic Development Office and Florida State Senator Jim Sebesta. The purpose of the meeting was to discuss the possibility of an Av-Stak Multi-Level Hangar at Albert Whitted Airport and the potential of economic development on the airport as a result.

Av-Stak Systems introduces our multi-level aircraft hangar to the public for the first time at AOPA EXPO 2005 November 3-5 at the Tampa Convention Center in Florida. The booth was swamped by convention attendes interested in hearing information about this new hangar concept.

Members of Av-Stak traveled to Tallahassee, Florida to meet with the Aviation Division of the (FDOT) Florida Department Of Transportation. We discussed the benefits of our hangar in regard to the protection that it offers the aviation community from hurricanes.